"What is the number﻿ one complaint against lawyers?  You can't get them on the phone.  I was shocked when Mr. Lawson handed me his cell phone number.  He told me to call when I needed him; day or night.  That's what I want from an attorney.  This guy is smart, tough and knows what he's doing." 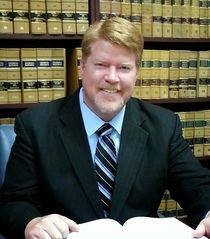 J. Allen Lawson has established himself as an experienced trial attorney in both civil and criminal law.  With eighteen years of courtroom experience, he has knowledge and drive for effective and successful results.Allen graduated from the Walter F. George School of Law in 1995.  In 1999, he was awarded the Pro Bono Sole Practitioner of the year in the Macon Judicial Circuit.  He has since been recognized over eight times by the State Bar of Georgia and the Georgia Legal Services Program for his tireless efforts in supporting the citizens of his community.In the year 2000, Allen was nominated to become the Solicitor General in Jones County, Georgia.  He proudly served his community as a prosecutor for over nine years prosecuting hundreds of cases.In 2010, Allen returned to his hometown of Valdosta, Georgia, and now resides in Lowndes County with his children.Allen is one of the only attorneys you will find that openly provides his personal cell phone number to his clients.His clients will tell you, "He knows the law."  "He works hard."  "He's accessible."  "You just don't find this kind of attorney anymore."